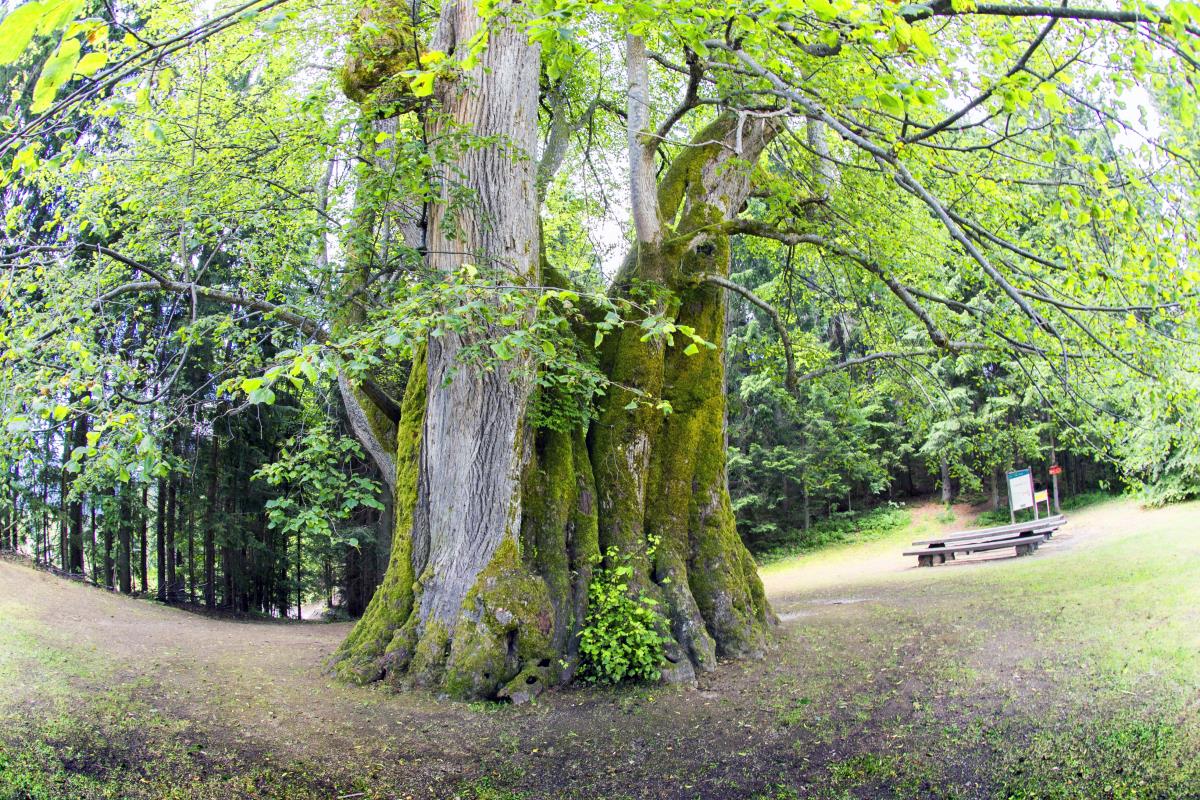 The Najevnik linden (Slovene: Najevska lipa) is actually not even a linden, but another species, Tilia cordata, also called the littleleaf linden. It grows by the Najevnik homestead on Ludranski vrh, a settlement above Črna na Koroškem. It is the thickest tree in Slovenia.

According to the Slovenian Institute for Nature Conservation, the ancient tree is 24 metres high and estimated to be around 790 years old. Part of its southern edge is missing, and the northern side of the tree is overgrown with moss and lichen. Not far away from the Najevnik linden stands an old sign which until recently bore the date 1227.

According to legend, Turks on the run from the locals buried a treasure. To remember their hiding spot later, they marked it with 12 linden trees. In truth, scientists believe that the magnificent tree formed when seven individual trunks merged. But, like its age, its origin remains a mystery because the tree is hollow on the inside. In this sense, the majestic Najevnik linden is a symbol of greatness growing from common roots.

In August 1991, the famous tree hosted the first meeting of Slovenian politicians, which has become a traditional and well-known annual event.

THE NAJEVNIK LINDEN AND THE SNAKE